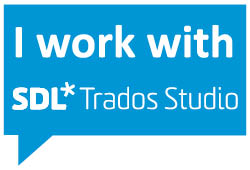 Translation is a matter of trust. And you should trust only a competent translator. Translation competence is the ability to generate several target texts for one source text and, then, to pick the best alternative with reasonable confidence. To be able to do this, the translator needs to be a master of both the source language and the target language, and he or she needs to be aware of the factors that are relevant to the quality of a translation.

The factors relevant to the quality of a translation include, first of all, the requirements of those that have a justified interest in the translation, i.e., the readers and the client. Does the reader need the translation to be able to comprehend a source text the language of which he or she doesn't understand? Or does the reader just need the information in the text and read the translation as if it were an original? An example of the first case would be documents that have to be submitted to public authorities or that are required in court. An example of the second case would be texts that are read primarily for their informational content, such as user manuals and annual reports. The client comes into play whenever the translator is supposed to adhere to predefined standards or guidelines such as using specific terminology.

A good translator will translate correspondingly: a deed will be translated close to the source text, a user manual in such a way that the reader can operate the gadget. The latter requires a translation that takes into account the requirements of the target culture, which means that the translator often has to detach him- or herself from the source text. Indeed, this is when translation becomes an art form. The translation of advertising copy even calls for a completely new text to be created in the target language, a target text that is reminiscent of the source text only in terms of its advertising purpose. Such rendering is also referred to as transcreation.

Such considerations help to define an individual strategy for a given translation. If the translator sticks to this strategy and works diligently and with care, then, he or she will likely produce a good translation. A translation is good if it works flawlessly for those that depend on it. To what extent I meet the criteria for a good and trusted translator, you can read here.