Presenting you the most interesting translation solutions 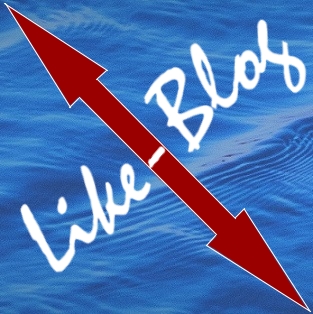 Why Like-Blog? Now, first of all, this blog is a blog that you should like (and read regularly) – at least, if you are interested in translation. Then, the topic discussed here is one in which the meaningful likeness between a text and its translation in the language pair English-German plays a key role. On this page, I will take a close look at some interesting translation solutions that I have come across in the course of my work as a translator and translation scholar.

Which of two nouns a pronoun appearing later in the sentence refers to is not always clear in both English and German. A relative pronoun, for example, can refer to the nucleus of a nominal phrase or to the last-named noun in the nominal phrase (which, in German, presupposes that the two nouns have the same grammatical number and gender): A student of the school that does not respect the Covid-19 rules does not want to participate in class. Is it the student or the school that does not respect the Covid-19 rules? Well, if it was the student, another relative pronoun, “who”, would clarify the meaning. With “that” as the relative pronoun, reference to the school is more likely. In other syntactic contexts, too, there is a danger that the pronominal reference turns out to be a problem. However, there are certain clues that make it easier to use pronouns correctly. If a pronoun in a subordinate clause refers to one of two nouns in the preceding main clause, a personal pronoun usually refers to the subject of the main clause, while a demonstrative pronoun refers to a noun that functions as a grammatical object or is part of a prepositional phrase, for example. In case of doubt, it is also possible to show the intended reference explicitly: by repeating the noun in brackets after the pronoun.

If these grammatical explanations make sense to you, you should immediately recognise the solution to the following translation problem.

On 7 June 2004, Claudia Wallis published an article on Times.com, “The Obesity Warriors”. In this article, she quotes psychologist Kelly Brownell, among others. “‘When people move to countries where there is more obesity, they tend to gain weight,’ he notes.” This was translated into German as follows. “Er macht deutlich: „Wenn Menschen in Länder mit einer höheren Fettleibigkeitsrate ziehen, tendieren diese dazu, an Gewicht zuzunehmen.“”

With the demonstrative pronoun, this sentence would be understood from a grammatical point of view to mean that countries, not people, tend to gain weight. The corresponding personal pronoun, on the other hand, suggests no such misunderstanding: “Wenn Menschen in Länder mit einer höheren Fettleibigkeitsrate ziehen, tendieren sie dazu, an Gewicht zuzunehmen.”